IMPA Precision has invested heavily in new machines, automation, software and tooling and in employees. Industry 4.0 is the spot on the horizon. With the Titanium 180 cell from BMO Automation, coupled to two five-axis DMG Mori, the supplier mills unmanned precision parts. This spring, the cell will be producing Grade 2 parts for ASML 24/7. 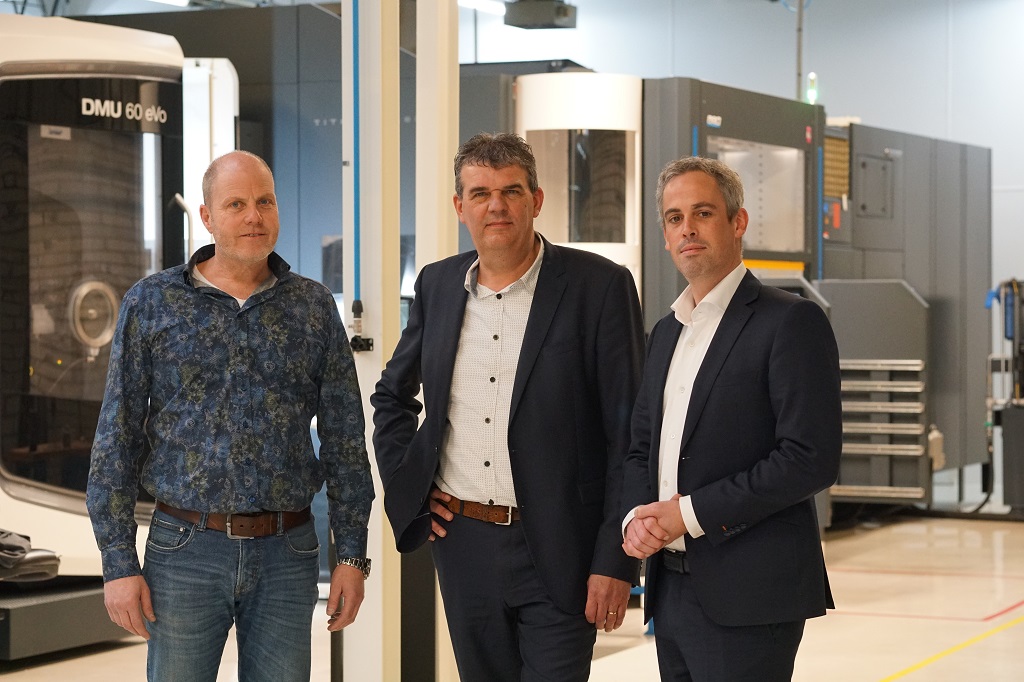 Since the precision engineering company in Helmond operates under the Prodim banner, a lot has changed at IMPA Precision. Substantial investments have been made. The Red Thread is standardization, says Toine Swaans, technical director. This starts with the choice of machine and robot supplier and continues into production, where 80 percent of the operations are performed with standard tools. 24/7 production requires more than just purchasing a robot. “Instead of milling, the employees are now setting up a process.

Rather run the machine five minutes longer with a stable process than try to be faster. By standardizing you eliminate errors. ” The IMPA Precision team consistently addresses this. All CNC operators program in Hypermill. The machines contain three sets of tools for stainless steel, aluminum and steel. Work agreements are also standardized as much as possible. By being so consistent with the process, the team almost immediately milled unmanned precision parts with product handling. 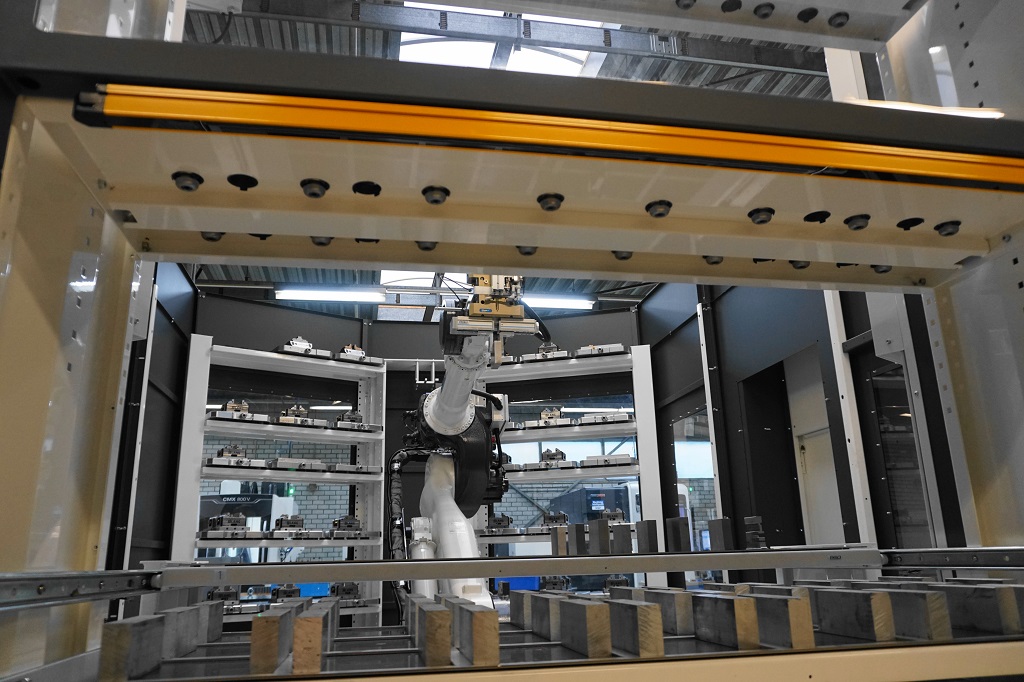 Less than six months ago, the company from Helmond started using the second automated production cell: two DMG Mori DMU 60 eVo five-axis, linked to a Titanium 180 robot cell from BMO Automation. This robot cell is suitable for both pallet and product handling. The two machines are basically identical; one of them, however, is a Linear version. This is entirely due to the positioning of IMPA Precision in the higher segment in terms of accuracy and the ambition to grow in this. “The DMU 60 eVo Linear contains the dynamics package,” explains Walther Kokx, sales engineer at DMG Mori. The machine has linear motors in the X and Y directions; the Z axis has been modified for higher accuracy. This makes the machine faster and more accurate. “The increased accuracy due to the changed sampling protocol. We guarantee that the Linear version will maintain accuracy over time. A ball screw just wears out.”

Precision machining requires more than an accurate machine, Toine Swaans adds; especially in an unmanned production. Accuracy starts with the supplier of the cut material. The blocks are supplied at right angles and with a precision of half a millimeter in length. The production hall has also been adapted: constant temperature, air treatment, a clean workplace. Toine Swaans: “It is a misconception to buy the most expensive machine, but not look at the layout of the room where the machine is located.” Do not underestimate the role of the employees. They start their working day as standard by emptying the chip tray, cleaning the machine, checking liquids, etc. “That is an hour of work every morning. You can prevent the machine from stopping at night because there is a chip on a sensor. ” 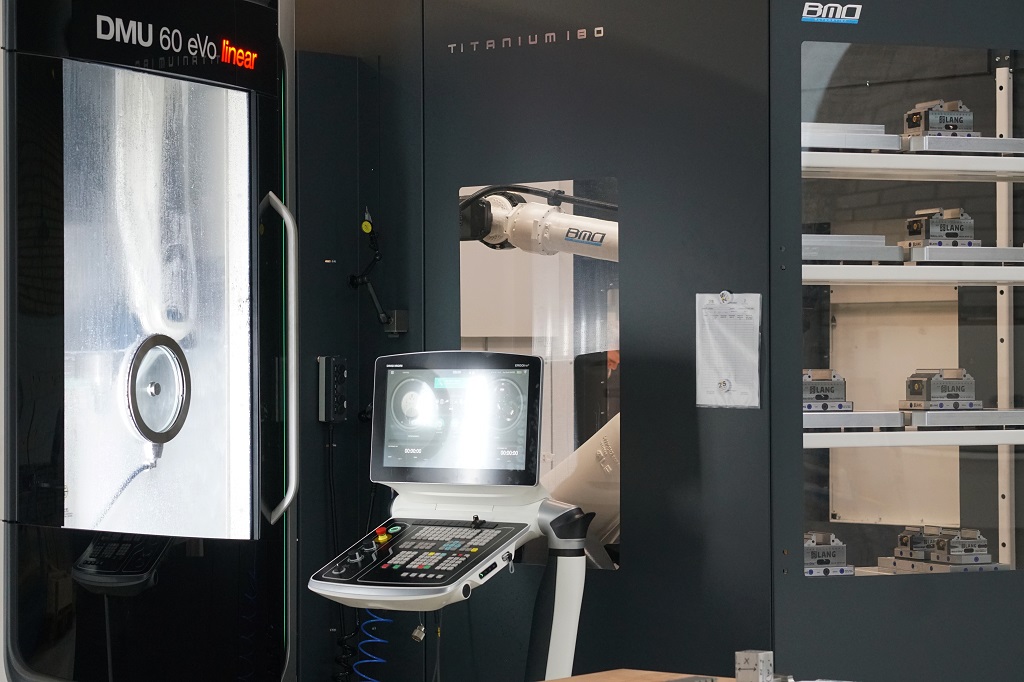 The Titanium 180 cell is linked to two DMU 60 eVO machines, of which one has linear guides because IMPA Precision want to grow further in the high-quality segment of precision parts.

Flexibility thanks to product handling

IMPA Precision expects to mill 24/7 precision parts in the new robot cell that meet the requirements of Grade 2 cleanliness in the new robot cell. It is the second robot cell from BMO Automation, the other is a Titanium 50, also linked to two DMG Mori machining centers. The combination of pallet and product handling in the Titanium 180 cell provides a lot of flexibility. “We try to combine product families, but due to the standardization in tools and the flexibility of the robot cell, we also make three or five products unmanned. This allows us to switch quickly. You can get started quickly with a repeat order where everything is frozen, ”says Toine Swaans.

Product and pallet handling are randomly applied in the cell. The Titanium 180 cell offers the advantage that there is much more storage space available for product handling than in the smaller cell. “The capacity of the drawer system is twice as large,” says William van Breugel, sales engineer at BMO Automation. Customers often underestimate the possibilities of product handling; especially when they make precision parts. In practice, they end up using product handling much more often than expected. This provides considerably greater capacity in the cell because the products can also be placed in the grid drawer instead of on a pallet. BMO Automation supplies the Titanium 180 cell as standard with the in-house developed automatic gripper. The size that needs to be grabbed is easy to install in the BMO software, thereafter the gripper sets itself to the correct size for each individual job.

In addition, two types of pallets are used. DMG Mori offers four compressed air pipes in the eVo machines for controlling the BMO-adjusted clamp with a zero-point clamping system. William van Breugel: “The 38 available pallet places offer space for both pallets with a manual clamping on top (at IMPA Precision these are Long clamps) and for pallets with an automatic clamping on top, in this case 1 or 2 Schunk KSP plus 160 clamps . We also use this to accurately clamp parts in various dimensions with product handling. ” This allows the cell to process multiple product sizes in a continuous process, without having to clamp each product on a pallet.

Those cells influence the way of working and planning. The supplier from Helmond mainly mills small to medium series. Toine Swaans wants to make the batches even smaller. Will there be an application for 500 pieces, he wants to know how many are really needed per month. “If a customer needs fifty products per month, we deliver fifty.” This saves the customer capital in the form of stocks and gives IMPA Precision flexibility, because only 12 pieces need to be made each week.

This is possible with the flexible automation solution from BMO Automation. The simple operation ensures that you can also efficiently convert a few products into single pieces. You need to look at the whole process at this point, says Toine Swaans. You should also look for efficiency in the steps before and after milling. He wants to grind more on the machine, also on the DMU 60 eVo. “Otherwise you create new bottleneck elsewhere in the factory.” He wants to measure at the machine: the pallet with the product still in the clamp on the measuring machine and then back on the machine if there is still to be processed. “We really want to go to an Industry 4.0 shop floor.” 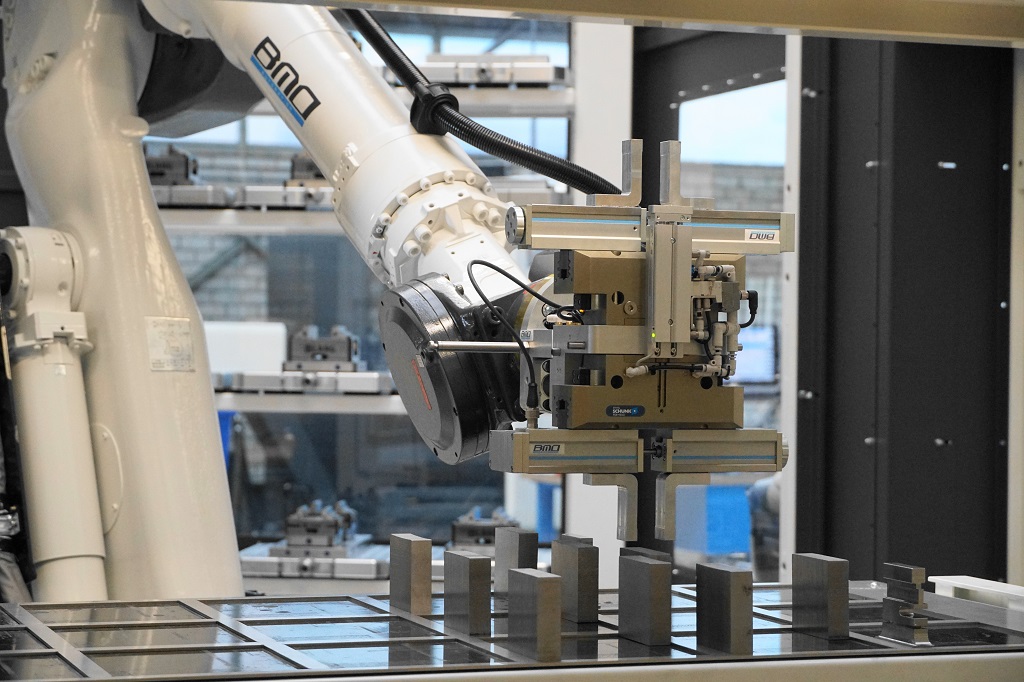 With the automatic gripper, a wide range of products can be processed without adjustment.

Because IMPA Precision needed production capacity in the short term, the engineers at BMO Automation and DMG Mori already coordinated matters at an early stage. Even before the machine was taken out at the factory, the BMO Automation engineers virtually linked the robot cell to the two five-axis and tested all the connections in the software. The machine builder and automation company show that you can also organize a project very efficiently with two parties.

Walther Kokx: “We have to get rid of the idea that one has to buy from one supplier. You have to buy the right machine and the right automation, if everything is well discussed and you are close to each other, you can do that with two suppliers. ” In Helmond, this resulted in a situation where IMPA Precision was already producing Mori on both DMG machines, while BMO Automation was still building and connecting the Titanium cell. According to Toine Swaans, this smooth collaboration has also resulted in the cell milling 24/7 precision parts within six months of installation. 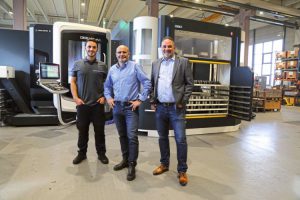 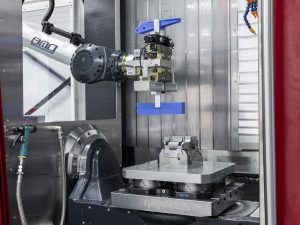 10 tips to prevent your CNC machine from standing idle
Menu